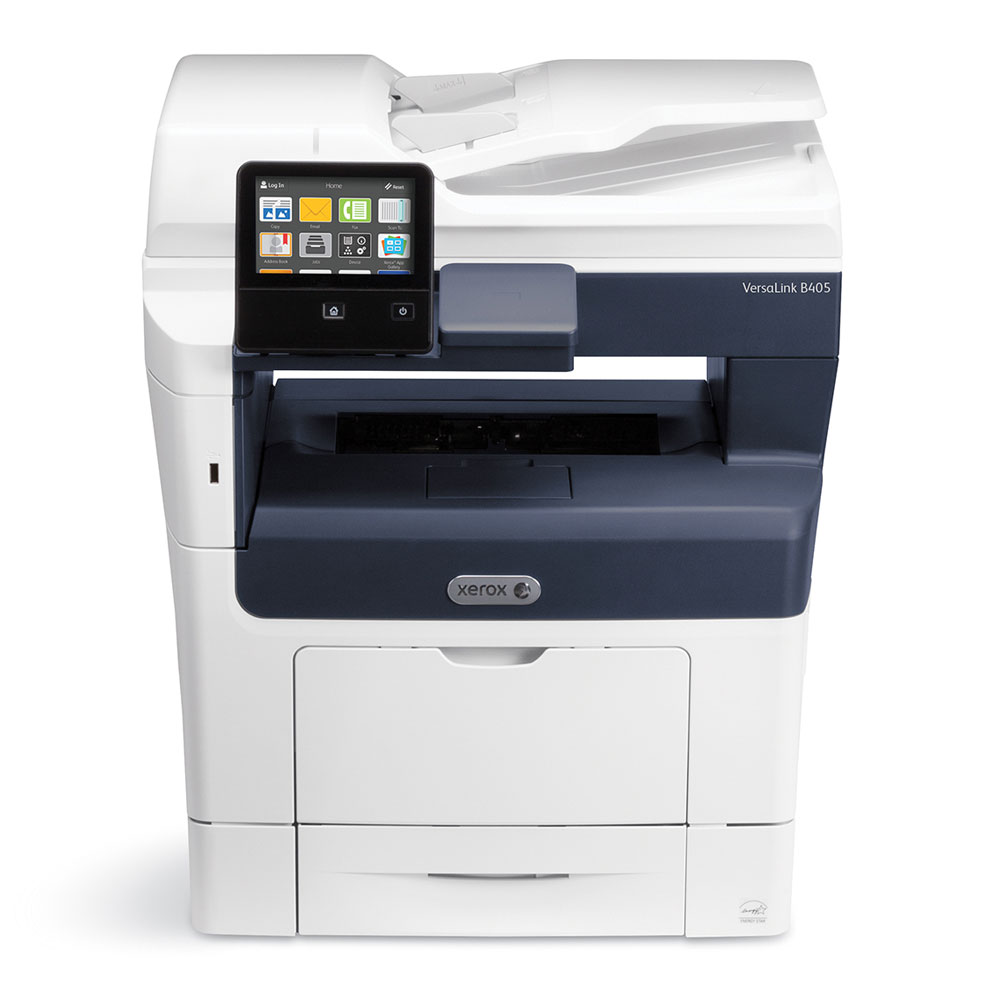 The Popular brand Xerox has always been at the forefront of innovation. Thanks to its innovative mentality, Xerox has recognized the need to make a versatile printer with a handy touchscreen.

Unlike most devices with tiny LCD displays and awkward button designs, the Xerox VersaLink C405 has an impressive 5-inch touchscreen display that is tilted for easy operation.

The Xerox VersaLink C405 is, as said earlier, regarded as a heavy-duty machine due to its rate to print at a 35 page per minute rate, whether in monochrome or color. The quality of the print is at a modest 600 by 600 dots per inch for both its scan and print functions.

The VersaLink C405 is compatible with any paper size up to A4-sized papers. Photo papers and envelopes are also accepted for use by the machine that also performs as a facsimile machine and a photocopying machine. The connections include an Ethernet and USB port, this multifunction device also uses Wi-Fi and NFC for its wireless print operations.

Printing with the VersaLink C405 produces quality output that is crisp and sharp, there is no smear or crease with its black and white prints even when printing for extended periods of time. Document with texts is printed with a good-looking finish and leaves a nice touch that is light to feel. The rate of printing is fast and consistent.

Printing using color and scanning is fast and accurate with a VersaLink C405, Xerox has made it convenient to choose the destination folder of the output, whether it be a USB drive or an email address, or an upload to cloud storage. Further, the VersaLink C405 allows its users to access Google Drive’s print and scan or the scan to email feature. A feature called by Xerox is the App Gallery where users can configure their personal computers to work with the VersaLink C405.

The VersaLink C405 is indeed a beast of a multifunction device backed up by its maker’s famous name in the printing industry. Able to handle even a large office’s demands, Xerox has indeed made a great device with an amazing feature of a 5-inch, tilting, touchscreen with a color display.

The benefits of using a Xerox VersaLink C405 cannot be ignored. Prospective buyers are advised to look for this great multifunction device by looking up the nearest store or dealer that specializes in selling printers, copiers, and multifunction devices.

With this said, investing in a Xerox VersaLink C405 surely will make businesses more convenient and efficient to run.

Go for VoIP: Here Are The Top Reasons Why

Differences in Your Copier Lease